“Supporting small businesses is one of the most powerful tools we have to provide economic opportunities for all. I’m proud of the focus the URA has for neighborhood businesses, which sometimes doesn’t get the attention it deserves,” Mayor Peduto said.

The spending has included support for businesses and initiatives such as Everyday Café in Homewood, Little Angels Learning Center in Bloomfield; Federal Galley in Allegheny West; Micro Diner in Mount Washington; and the Hazelwood Business District Plan.

A full list of small businesses and the URA’s 2017 investments in them is available at: http://bit.ly/2DjiBia

According to Tom Link, the director of the URA’s Center for Innovation and Entrepreneurship, the URA has a variety of other programs that provide direct assistance to neighborhood businesses as well. They include:

• Alpha Lab Gear. The URA helped seed Alpha Lab Gear in partnership with Innovation Works (IW), philanthropy, the state, and Federal government. Alpha Lab Gear is one of the nation’s most recognized and lauded hardware company accelerators. To date, it has hosted 32 companies through its accelerator programs including notable companies such as Identified Technologies, Trusst (also a URA borrower), Sole Power, and dozens of others.

• Riverfront Ventures, which the URA helped seed in 2014. The IW-managed $25 million Venture Fund was seeded in partnership with philanthropy, universities, the state, and private investors. Riverfront Ventures has invested in nine notable, job-creating Pittsburgh companies including Wombat Security, Thread, Containership, and others http://riverfrontventures.com/portfolio

•Forty-four companies have formed and/or received growth funding through Alpha-Lab Gear and Riverfront Ventures. Two companies in particular, NoWait and Wombat, had successful acquisitions by leading, global companies. To demonstrate the positive impact these companies have on Pittsburgh›s economic vitality, the 44 companies have raised an additional $211 million from the private sector and employ nearly 300 people. 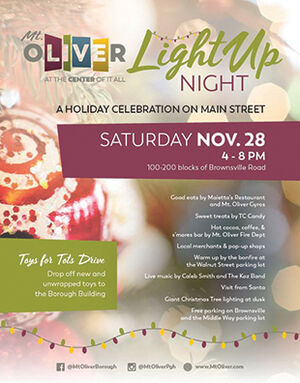 • PghLab, for which URA staff provides oversight to the program in partnership with the City’s Department of Innovation and Performance. Pittsburgh startups, including Haversines, Remerge and others have gone through the program.

• Next Act, a $5 million fund to support women-owned businesses in the city that the URA board is poised to support with a $100,000 investment. Next Act plans to use its initial fund to invest in up to 40 companies, most of them in the City of Pittsburgh. Additionally, the substantial majority of those investing in the funds are women making their first angel investments.

“In addition to programmatic efforts, my team is consistently engaged with networking and outreach activities meeting new businesses and entrepreneurs and helping to direct to services that can help,” Mr. Link said.

“In 2016 -– 2017, CIE staff had 534 touch points with entrepreneurs, businesses and outreach events. My team attends events across the city weekly and monthly meeting small business owners. Just last week we had tables at the 17th annual Government Conference for Minority, Women, and Disadvantaged Business Enterprises and Hill District Quarterly meeting with program information and staff available to answer questions.”