The South Side market has moved to a new location at 20th and Sidney streets, a larger site with expanded parking and additional vendors.

Citiparks Farmers' Markets will be open from 3:30 to 7:30 p.m. each week unless otherwise noted. Markets opening for the season this week include:

Tuesdays in South Side at 20th and Sidney streets.

Fridays in North Side at East Park, East Ohio Street and Cedar Avenue; Also, in Downtown Pittsburgh at the City-County Building on Grant Street from 10 a.m. to 2 p.m.

Beginning on June 2 a Farmers' Market will be open on Wednesdays in Carrick at the Carrick Shopping Center, Brownsville Road and Parkfield Street. On June 10, the Beechview Farmers' Market will open on Thursdays in the St. Catherine of Siena parking lot, Broadway Avenue and Belasco Street. 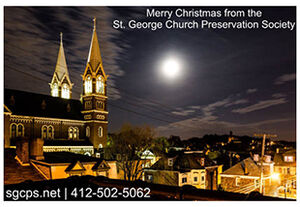