Kraus looks toward responsible hospitality as key to South Side

Responsible hospitality in the South Side or how to tame East Carson Street without damaging the vibrancy of the neighborhood was on the topic of discussion at the January luncheon meeting of the South Side Chamber of Commerce.

District 3 Councilman Bruce Kraus, guest speaker for the luncheon, began his presentation by providing some background about recent events that have been the topic of discussion in South Side. He explained that several years ago then Councilman Jeff Koch introduced legislation for a conditional use process to limit the number of liquor licenses in several Pittsburgh neighborhoods once saturation was reached.

The legislation was withdrawn before it could be presented to the Pittsburgh Planning Commission, a move that could have treated the legislation as if it were in effect for as many as eight more months.

The councilman complained that the "state mandates the placement of alcohol licenses without consideration of density." He said, he has been having conversations with state senators Jay Costa Jr. and Wayne Fontana and State Rep. Harry Readshaw, among others, to change the state's position on liquor licenses.

One way to facilitate that change is House Bill 115 which he says would require transfers of liquor licenses to come before the local municipality before approval. He added that city council and the mayor have supported the bill, but it stalled in committee in the State Senate.

Mr. Kraus said passage of the bill would be the "ultimate solution to the problem." Under the bill, every liquor license would come before the governing body triggering a public hearing, it the case of the city it would be before city council, where anyone could come down to speak.

The councilman said that a little over a year ago he, along with six other people from South Side, traveled to San Francisco for the Responsibility Hospitality Institute (RHI) conference.

"I labored under the impression that we are alone in this," Mr. Kraus said. "And we are not."

He was "quite inspired" by what he learned at the conference. This led to his office getting a grant from the Local Government Academy to hire an intern, Bryan Woll, to work on a report looking at the nighttime problems of the neighborhood and offer solutions using Responsible Hospitality Institute best practices.

Mr. Kraus said the RHI was so impressed with Mr. Woll's report that they asked him to come to Austin, TX to present his work.

Continuing, the councilman said he has secured the RHI to come to Pittsburgh in the spring to hold a regional conference, if funding can be secured.

It's not all about punishment, but coming off in a positive way. Mr. Kraus said that a lot of conversations [in South Side] say we need more enforcement. "We need more front end planning."

Instead of just more enforcement he suggested more lighting and staggering closing times among other times. He said there are as many as 10,000 people all pouring out onto East Carson Street at closing time. He offered that if patrons were permitted to leave slowly over an extended period of time they could possibly disburse in a more orderly manner.

The councilman said one way of funding a solution in South Side could be a BID or Business Improvement District. There are two BIDs operating successfully in the city, the Oakland BID and the Pittsburgh Downtown Partnership.

He said BIDs, or Neighborhood Improvement Districts as they are now known, can be very effective and once they are created the city steps away from it and they are self managed.

"I want to protect the businesses we have here now," Mr. Kraus told the Chamber of Commerce members saying that if the uncontrolled actions of the late night patrons go unabated it could result in those same patrons feeling unsafe in the business district and taking their business to another community.

He offered that instituting the "Top Ten" recommendations in Mr. Woll's report would be a good start at a solution to the problem.

The councilman said late night noise and problem tenants are the top complaints to his office followed closely by parking.

According to Mr. Kraus, a first step would be to ensure the RHI regional conference comes to Pittsburgh in May or June and that there's a "good turnout to hear what they have to say."

Second, he would like to see a RHI panel formed followed by the devising of a plan to combat the problems in the neighborhood.

"Effective front end management is [also] the key to keeping the residents happy," the councilman said. 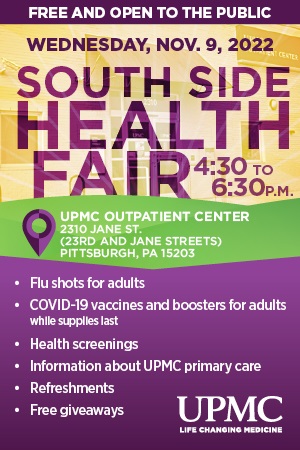