Zone 4 hosted the “City-Wide” Public Safety Council meeting for citizens at the St. Stephen's Chapel in Hazelwood October 18, but there was a large representation from local Zone 3 at the meeting which featured Mayor Luke Ravenstahl as the guest speaker.

“He's a man who is willing to make the tough decisions,” said Mr. Ravenstahl about the new appointee.

Mr. Ravenstahl thanked those in attendance for the countless messages of support and congratulations he received via email, letters and phone-calls since becoming the new mayor after the untimely death of Mayor Bob O'Connor on September 1.

“It means a lot and has enabled me to do the job to the best of my ability for the past month-and-half,” said Mr. Ravenstahl who talked about some of the public safety issues that are of a concern city-wide.

He told the audience that the “Redd Up Pittsburgh” campaign, started by the late Mr. O'Connor, aimed at cleaning up the blight in many city neighborhoods, will be doubled next year from one full-time crew to a second crew.

The new mayor also promised to have the police department closer to have a staff of 900 officers which it is budgeted. The city has been operating with a department of 850 police officers or less since personnel layoffs took place (in many departments across the board) three years ago.

“We may not have the staff size that we once had, but there is no reason we can't get as many police as possible out on the streets,” Mr. Ravenstahl said. “That's a goal of mine. I know that a police presence in the neighborhood [is a deterrent to crime].”

Someone in the audience asked the mayor about the lack of school crossing guards, citing a situation at a specific corner in Hazelwood. Mr. Ravenstahl said this is a problem city-wide because there are one-third fewer crossing guards than there were three years ago.

The mayor is hoping to return the staff size closer to its former size of approximately 150 to 160 guards. He said there is money budgeted for this purpose.

Mr. Ravenstahl said he appreciates the importance of crossing guards. He knows from first-hand experience because his mother was a crossing guard when he was growing up on the North Side. The mayor said there seems to be a shortage of interested, qualified candidates willing to perform this task.

Because of the relatively low pay and unusual work-schedule, this may be a job seeking more applicants than it can fill. The mayor encouraged anyone in the audience to apply for the job if qualified.

Susan McCoy, a board member of the South Side Community Council, addressed Mr. Ravensthal at the meeting. She invited the mayor to tour the South Side when the ‘bar crowd” is at its peak on a Friday or Saturday after midnight. 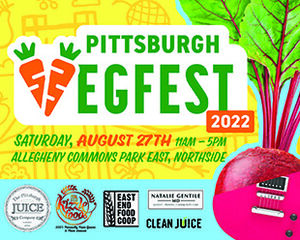 Ms. McCoy wants the mayor to get a first-hand view of the problems that are caused in the neighborhood by the rowdiness that takes place on a routine basis late at night.

She told the mayor that something must be done to curb the proliferation of liquor licenses that are being handed out in rubber-stamp fashion to any business owner who wants to operate a bar in the South Side.

The mayor said he is ‘very much aware' of the problem in South Side. He is looking into the possibility of trying to limit the number LCB-sanctioned licenses being handed out in a specific area (of any city neighborhood) with the help of City Council.

Commander Brackney said she has met with quite a few bar owners in recent months in an attempt to have them control their patrons from getting rowdy.

Some of the things the commander is working on is making sure bar bouncers don't act too rough and too aggressively toward patrons. Behavior like that can only escalate an already-tense situation.

Also, the commander said she is working on trying to make sure owners are using entrances for their patrons that have the least impact on a residential neighborhood.

Another person in the audience complained to Mr. Ravenstahl about swimming pool closures and believes the city should review the status of which pools should be used and which should remain closed. The man complained to the mayor that there are not enough recreational opportunities for young people in the city.

The mayor disagreed with that point, saying there just needs to be more adults in the at-risk neighborhoods to serve as community leaders for the youth programs that are already in existence.

Mr. Ravensthal said there may be another look taken at which pools should be open and which should be closed for next summer. Pools remaining open would not be based strictly on which facilities have historically been the most used by residents.

He said that if the top five most-attended pools were all located on the North Side, it would not make sense to have every one of those pools open while other areas of the city were neglected. A balance would have to be met for all neighborhoods to have reasonable proximity to at least one pool.

However, he emphasized that the city does not have a large enough population (or budget) to re-open all 31 pools that operated annually before the 2003 city budget crisis.

“We just aren't the same city that we were when we operated 31 pools,” Mr. Ravenstahl said.

The next Public Safety Council meeting will return to the area next month. It is scheduled for November 15 at the Banksville Recreation Center starting at 7 p.m.