Lt. Governor was an uninvited guest

My brother SSGT. Joe Goodrich died bravely and courageously in Iraq on July 10, 2005 serving his country and the freedom of America…Joe was very loved and touched the lives of everyone he met.

The line at the funeral home was overwhelming with people who wanted to tell his family how Joe had impacted their lives...I saw every walk of life come through that door. From young to old, military, fireman, police officers, and all proud Americans. We are still receiving cards and letters telling us how proud they are of Joe, what he meant to them and what he did in their lives. This also from people we know and never heard of or met.

Joes funeral service was held on July 19, 2005, it was the same turnout also. One uninvited guest, Catherine Baker Knoll, made an appearance. She sat next to a family member. During communion of the service, she asked who my family member was.

When she was told who she was sitting next to, Knoll felt this was an appropriate time to campaign and impose her will on us. Knoll passed her business card and said, “I want you to know our Government is against this war. I attend 90 percent of these functions.”

Knoll also it seems, finds a need to let grieving family members know our government is against the war during this time. A time when we and America our so proud of SSGT Goodrich who made the ultimate sacrifice for his country and all service men laying down their lives for our freedom and government.

I find that Knoll obviously has no compassion for this country or it's people or it's Brave service men and their families.

I would like Ms. Knoll to answer for her actions. Please Ms.Knoll Tell Joe Goodrich's wife why she will never hold her husband again or kiss him goodnight, take a vacation or celebrate an anniversary if our government is against the war. Tell his parents why they won't see him smile, celebrate Christmas or watch him make a family of his own.

Tell his nieces and nephews why Uncle Joe will never put them on his shoulders again. Tell his brother why he will never talk to his best friend again, work on a car with him or call him just to talk. Tell all people who's lives Joe has touched why they can't thank him personally.

Most of all tell America why a dedicated, honorable Marine, who loved his country, the freedom it stands for and all of its people why he made the ultimate sacrifice so willingly. Since “our government is against this?”

I ask all who read this to think next election on what's important to you. And remember why you have the freedom to make that decision. It's because of men and women like my brother Joe, and all those before him who pave the way to make this country so great.

Thank you Joe, Thank you all Marines, service men and veterans. We know it's because of you we live in the great country we do. 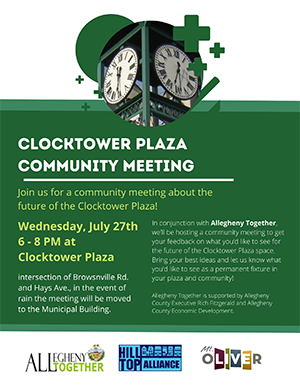